Steam distillation is a distinctive kind of distillation process, which is used for temperature sensitive materials such as natural aromatic compounds. It is the method of purifying any substance by application of steam on them. Generally, it means steam distillation purifies a substance through heating something with steam. It is basically used to extract essential oils from their combined natural sources. The process works on the principle that insoluble objects when mixed together can decrease the boiling point of each other.

Carbon Dioxide extraction is a process that used to extract the essence of a plant and to extract essential oils from them. When a stipulated amount of pressure is applied on CO2 gas, then it turns into liquid form. This liquid solvent is quite inert as well as safe. Essential oils extracted through this method have various added advantages of avoiding the thermal degradation accorded with distillation at atmospheric pressure. CO2 extraction is mostly preferred to produce superior herbal extracts, which are required by flavoring and herbal medicine industries.

Hydro distillation is a method of extraction, which is sometimes used instead of steam distillation. This process of extraction is one of the most used traditional methods of extraction. In this process rather than having steam pass via powdered wood in hydro distillater, the powder is soaked in to water. Then heat the water container till the steam comes out and then let it be cold and then collects the oil from the top of the hydrosol.

Solvent Extraction is method to separate compounds which are based on their relative solubilities that are present in two different non- miscible liquids which being water and organic solvents. This extraction is basically of a substance from one liquid phase into another liquid phase. In the rubbing stage unwanted materials are removed from the organic phase.

We make use of cold presses extraction which is highly sort after procedure in extracting oils. This extraction process is based on the denomination which describes the temperature at which the oil can be squeezed.
We take care that while carrying on this process the volatile aromas remain preserved and are not oxidized. 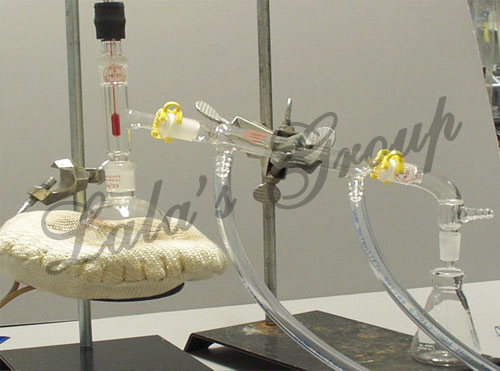